If you are the PHP web developer, then, you might want to build the PHP project any time as you need, then, you must split the single file into different files or parts and later on combine them so that you can easily make them available to be used via many files within your PHP project. The concept used for this is with the build in PHP functions such as includes() and require() functions. Also, there is difference between these concept, ie, if you use the concept of include() function, then, the file exist or not, all the later code is executed, but, if you are using the require() function, then, the file must exist, otherwise it will throw an error and the later code is not executed at all. The code for this concept used in PHP language is given below:

First of all , what you need to do for this is to create a file named as index.php in your project folder, and add the code in this file as below:

Here, in the above code, we have also added the comments on each so that you could understand it properly when you try it in your development environment. Now, you need create a file named as header.php in your project folder, and the code to be added for this file is below:

After that, finally you can create a file named as footer.php in your project folder, and the code for this file is below:

That’s all, by using the above code, you can use those files in your index.php file as above to combine them. Also, if you want to use the same concept for other files too, then, you can use them. This concept is especially used for including the same function in different files so that the code will be clean and easier to understand and also, changing the code in only one file can make that code effective to different files too. Here, below is the result of the above provided codes when it is executed:

The above image shows the output of the above code. The image shown above the source code, is the result of the PHP program when executed, and the below one is the generated source code. There, you can see that the final output is the combination of both the files used as in example, ie, header.php and footer.php, which is combined in the file named as index.php.

Now, we can assume that, if you have followed the above steps properly and succeeded while trying it in your development environment, then, we can assume that you are now able to split your PHP files into different one and combine them properly using the PHP built in functions.

Bishal Napit is a WordPress theme developer from Tansen, Palpa, with a passion to learn more on WordPress. 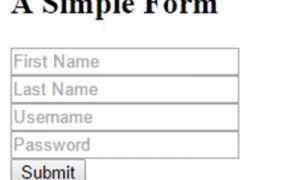 This site uses Akismet to reduce spam. Learn how your comment data is processed.

Combination Of Different Files Into One Using PHP

How To Add Caption To Images In WordPress?

Display Author Bio Without The Use Of Plugin

How To Create Shortcode With Attributes In WordPress?

Setting Up Static Front Page And Blog Page In WordPress

How To Exclude Category From WordPress HomePage?

How To Disable Fallback Menu In WordPress?

How To Bulk Delete WordPress Posts And Pages?

How To Exclude Pages In WordPress Search Results Page

How To Add Fallback Featured Image In WordPress Theme

How To Create XML Sitemap For Your Site